To anyone buying or selling a commercial building or home, or seeking the highest return on their investment, TruVant Realty is the real estate Agency that tends to your investment as if it were their own. 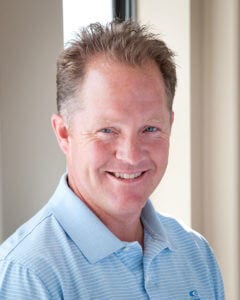 Randy Truitt is a proud fourth generation resident of West Lafayette. He is a 1986 graduate of West Lafayette High School and a 1990 graduate of Purdue University with a bachelor’s degree from the School of Technology. Randy obtained his M.B.A. in 2002, receiving the Distinguished Professional Award.

Randy’s professional background includes leadership roles in both the biotech and real estate industries. He currently is a Partner & Owner in Main Street Management, LLC and serves as its President.

Randy served as a Councilor-At-Large on the West Lafayette City Council before serving four terms in the Indiana General Assembly. As the District 26 State Representative, Randy focused on key initiatives to improve K-12 and Higher Education and authored legislation leading to economic growth and a business-friendly tax climate.

At the State House, Randy served on the following committees: Courts and Criminal Code, Local Government, and Government & Regulatory Reform Committees as well as the Statutory Committee on Interstate and International Cooperation. He also served on the House Ways & Means Committee where he was Sub-Committee Chairman of Higher Education. Randy served on a number of Summer Study Committees on Education including as a member of the Blue-Ribbon Commission on teacher shortage and retention. He also served as a Commissioner for Indiana on the Midwest Interstate Passenger Rail Commission and was instrumental in maintaining the Hoosier State train service from Indianapolis to Chicago.

Randy’s efforts as an elected official were recognized by many organizations, including Legislator of the Year awards. In 2016, Randy received Indiana’s highest honor as a recipient of the Sagamore of the Wabash presented by Governor Mike Pence.

Being active in the community is of central importance to Randy. He has served in various capacities with Big Brothers and Big Sisters of Wabash Valley, United Way of Greater Lafayette, the Hills and Dales Neighborhood Association, and the National Football Foundation-Northwest Indiana Chapter. In addition, Randy has helped raise funds for numerous local groups and led the effort to raise needed funds for the renovation of the West Lafayette Little League complex. Randy is a past board member of the West Lafayette Little League, Red Storm Athletics, Indiana School of Medicine (Lafayette) Advisory Council and the Greater Lafayette Museum Foundation Board. Purdue University also remains close to Randy’s heart. He is an active member of the Purdue Alumni Association, a member of the Purdue President’s Council and the John Purdue Club.

Randy is married to Krista Duncan Truitt, and he and Krista are blessed with three children—Peyton, Gabrielle, and Harrison. In his free time, Randy enjoys biking, golfing, playing basketball and traveling.

Do you need a little help listing your commercial property? TruVant is your perfect partner for marketing your business space in the Lafayette, IN area.

Looking to buy a commercial building?

If you're looking for help finding a new or bigger commercial space for your business to operate in the Lafayette, IN area, contact us to find out more.

Look no further than TruVant realty to market your property with the care and attention it deserves.

"Very professional, prompt and caring. I think they do a great job of following through on all requests."

In order to receive the best return on investment when buying, selling, or leasing a commercial property or home, you need a real estate agency that will tend to your investment as if it were their own.
At TruVant Realty, our process begins by listening critically to each new client so we have the full picture from your point of view. From there, we are able to exemplify our philosophy which states that “the right way is the only way."
LoopNet

Send Us a Message